I was not the only one who went to the Tivoli to watch Kayser, the thrash metal band from Helsingborg, this evening. Also most of us considered Kayser as the headline act. Surprisingly, the order of Kayser and Outtrigger was shifted to make Outtrigger the headliners. Experience versus youth!! I was in doubt over this firstly, with Kayser, formed in 2004, 3 albums produced and heavy touring experience over many years. Outtrigger was know over night in most Swedish homes when they performed the song Echo at the Swedish TV Eurovison 2014. Can we call this Eurometal, maybe?? The advantage with the shift was that Kayser started and I was on my way to leave after their heavy performance, but I stayed on for a spectacular gig with loads of energy. Outtrigger also from Helsingborg needs time, but will certainly face a bright future!

Kayser and Outtrigger below in this order. 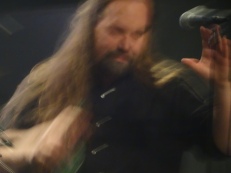 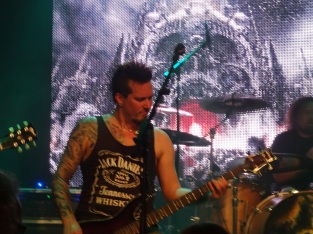 Energy band Outtrigger again at the Tivoli on Saturday October 11, as one of 4 supporting bands to Soilwork.