It’s very tempting to write a lot about this bands really colorful history. Successful album releases, US tours, break ups and reunions. The bands history we leave aside at a magical evening like this. A personal reflection presented is that Refused was connected to metalsouth during 2015 due to the ‘Freedom’ (Epitaph, 2015) album release, not immediately to the musical content, but to the best looking album cover of the year. Paintings made by Fredrik Söderberg and Design by Daniel Andersson are absolutely wonderful and the buying of a 180 gr. vinyl full size design is obvious. Taking the next step listening to the tracks makes the album’s cultural experience one of the most fully fledged products we encountered during the year of 2015.

Recommended tracks: Elektra, Francafrique, Thought is Blood, Destroy the Man and Servants of Death. The whole album is complete!!

The gig at KB, Malmö on February 26, 2016, was one of the pearls of KB’s long list of great shows and hosting. One of the fine surprises of the evening was to see Mattias Bärjed (Free Fall and The Soundtrack Of Our Lives) the all metalsouth favorite, who can be found in separate post at this blog. Let us pass on the feeling of the concert…hardcore, punk, angry, politically spot on and interesting. These guys are at its best at an evening like this and a definite world class band. Our embarrassment of paying only SEK 300 (EUR 30) for the ticket is compensated by buying the band’s ‘Freedom’ T-Shirt and the 180 gr. vinyl with the fantastic cover. Just get it and be happy!! Some photos to join us in a concrete feeling lasting after more than 3 months!! metalsouth is back, metal friends!! 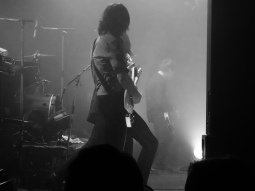 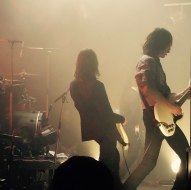 During the Refused Freedom 2015 tour supported by the great guitarist Mattias Bärjed.