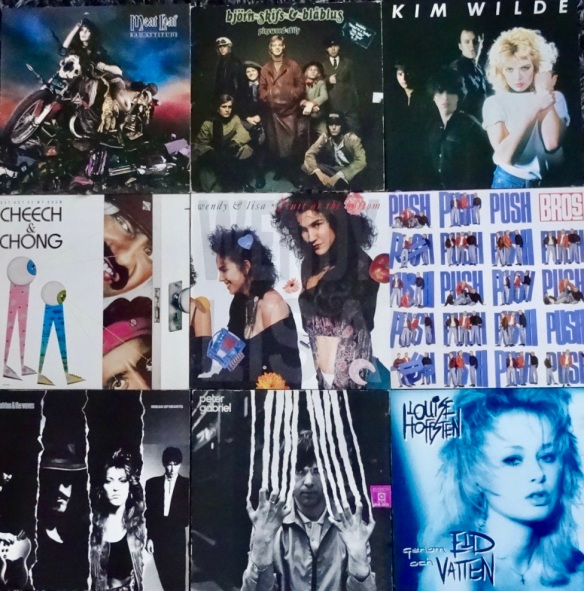 ‘Hooked On A Feeling’ with Björn Skifs & Blåblus (Blue Swede) on the album Pinewood Rally (Electric & Musical Industries Svenska AB, 1973) went no. 1 on the US Billboard singles chart on the same day as another Swedish music phenomenon, ABBA, won the Eurovision with ‘Waterloo’ in Brighton, UK. This magic day was April 6, 1974. ‘Hooked On A Feeling’ was originally written by Mark James and recorded by B.J. Thomas in 1968 and it became a no. 5 hit song. Jonathan King added the ‘ooga-chakka’ lines in his version in 1971. Blue Swede used it in their version and the famous lines pops up in any proud music loving Swede’s memory (and own singing) of a historical date when great Swedish musical victories were harvested.

Björn Skifs is still going strong and is today 72 years old. As late as yesterday evening he performed the song ‘Håll Mitt Hjärta’ (Hold My Heart, Peter Hallström, music, Björn Skifs, lyrics, 2002) in the SVT broadcasted ‘En kväll tillsammans’ (An evening together) TV gala to collect money to support various risk groups in the fight of the corona virus. About 15 MSEK was collected during the 2,5 hrs excellent audience free show. By the way, its still open for contributions via the Swedish Radiohjälpen (90 1950 6).

(source of dates and names: Wikipedia)

A good copy of the Pinewood Rally album and many more can now be acquired at: